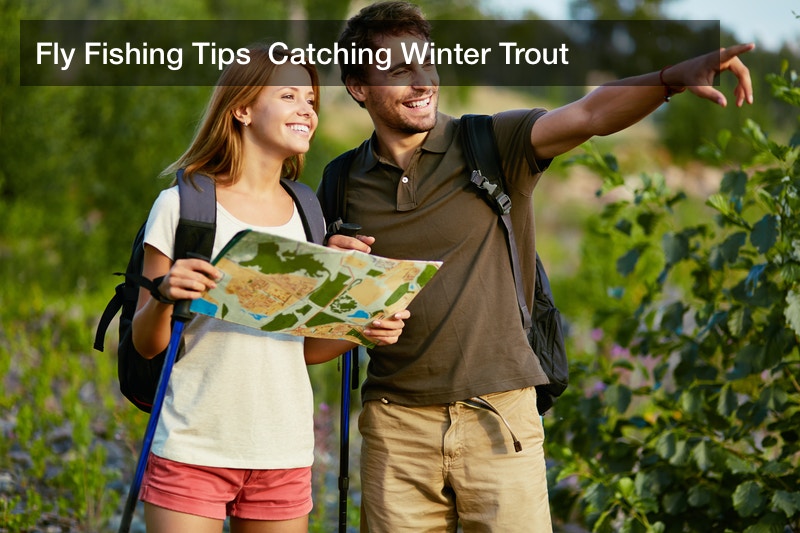 It’s estimated that nearly 52 million. People went fishing in the year 2017 alone, but the fun doesn’t stop just because the weather turns cold. In fact, wintertime can be the most rewarding season of the year for fly anglers.

As long as you don’t mind the cold, you just might find you have an entire river to yourself, as opposed to being crowded by other fishermen. But besides being the most secluded, taking out your fly rod and reel in the winter can be the most technically challenging fly fishing experience. This is because fly fishing in the winter requires significantly more precision and skill than fishing at other times of year. Basically, if you can catch winter trout during this time of year, you can catch anything when the weather warms up again.

Whether you’re a fly angler veteran with custom fly reels and years of experience or you’re just getting started, here are some top tips to keep in mind for catching winter trout.

As the water gets colder, trout become lethargic. Their metabolisms decrease and they don’t chase flies as actively as they would in the spring. And as the trout slow down, so should you.

It’s a good idea to slow your pace and movements when you’re fishing during the winter. Even though trout are less jumpy at this time of year, they can still be easily spooked. Since rivers are clearest and shallowest during the winter, it’s easier for fish to see what’s going on outside the water. When you also consider that wintertime hues are mostly muted colors and whites, you can imagine how much brightly-colored clothes would stand out. Wear muted colors, move slowly, and speak softly in order to blend in.

Since trout don’t move much in low temperatures, you should try to fish in tailwaters. These are rivers that flow out of bottom-release dams, and they maintain a relatively constant temperature of 40-50 degrees year-round. This means the trout are less likely to feel any difference between January and July weather, although they do respond differently to shorter days.

Every fisherman has his own preferred fly rods, reels, and other equipment. Seasoned fly anglers have also their own ideas of what flies work best at different rivers and times of year. Egg flies and even Prince Nymphs are useful winter patterns, but in most areas you can’t go wrong by using black stoneflies.

Another reason black stoneflies are a good winter option is because of their muted color, although the main thing is to use smaller flies. Midges comprise over 50% of a trout’s diet, but they’re even more important to use and imitate in the winter when there isn’t any mayfly or terrestrial activity.

You’re probably eager to grab your fly rod and gear and get outside, but during winter fly fishing, patience is truly a virtue. Specifically, you’ll want to wait longer than you normally would between casts.

Rather than flogging the water, make sure you’re waiting about 25% longer between each cast than you would during the warmer months. Take time to watch how the fish are reacting to your casts, even if they aren’t eating the fly right away. Studying trout’s body language is an especially effective strategy during the winter.

Also, try to spot where the fish are from high riverbanks before you cast. Blind casting may work fine in the summer, but in the winter you’re much better off if you can see where the fish are before casting. Just avoid getting too close too soon or casting long shadows on the water, as this can startle winter trout.

Successful fly fishing in the winter typically means taking it slow and avoiding being seen. While fly fishing is an art in itself that can take hours to master, these tips should help get you started with wintertime fly fishing.

So what are you waiting for? Get your fly rod, bundle up, and get some fresh air while you challenge yourself to catch some winter trout.